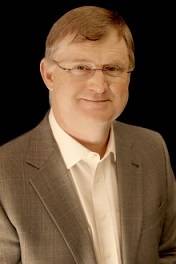 In August, 1990, Dr. Vann moved to Fulton and joined the practice of Richard C. White, O. D. Dr. Vann and his wife, Cindy, purchased the practice from Dr. White in 1992. In August, 1993, VisionArts Eyecare Center moved to its current location at 614 Market St. in Fulton, MO. The year 2017 marks 27 years in practice and 25 years in business for Dr. Vann and VisionArts Eyecare Center in Fulton, MO.

Dr. Vann has been involved in the Fulton community during the past several years. He is a member of the Kingdom of Callaway Chamber of Commerce, Fulton Breakfast Optimists and was a past board member of the Callaway County YMCA.

Dr. Vann puts a strong focus on the prevention of eye disease, and to support that focus, he obtained his certification as a Health Practitioner by the American Association of Drugless Practitioners and also as a Health Coach by the Institute of Integrative Nutrition.  He also coordinates with Sutherlin Optical Lab to present seminars to other eyecare professionals on topics such as the importance of doctor driven dispensing and how to grow the Transitions shares in the practice.

Awards received by Dr. Vann and VisionArts Eyecare Center include:

Dr. Vann enjoys spending time with his wife and two sons on their farm and on the golf course. He also enjoys collecting antique Allis Chalmers tractors.

What Our Patients Say...

I have always got excellent advice and care at Dr. Vann’s office. I have been a customer for years.
3 months ago
- Bonnie M.
They are thorough. I enjoy my appts there. They help me find the right frames.
2 years ago
- Jeanne W.
Went in for exam. Exam was extensive. The staff helped me choose a pair of glasses that look good on me. One week later my glasses wete ready. Vision was better with my glasses than at any place I have had my eyes tested at before and at a considerable lower price. I would definitely recommend Vision Arts eye doctor if you need your eyes tested for either new glasses or first time for glasses.
3 years ago
- Anita H.
Great place. Explained everything to me and what each test was for and answered all my question.
3 years ago
- Jorge O.
He done a wonderfull job explaining everything. To me
3 years ago
- Russ M.
The entire staff was friendly and knowledgeable. They made my 9 year old feel at ease. Will definitely be bringing the rest of my family here for our eye care needs!
3 years ago
- Tiffany A.
I was treated with respect, everyone I interacted with was quite knowledgeable, they explained everything and questions were encouraged. I appreciated their efforts to review my insurance, and help make the cost affordable. I am confident that this doctor and staff will provide me with the vision care I need.
3 years ago
- Kevin H.

Unfortunately we are closed due to the flooding of our practice.

Due to the recent flooding of our practice, we are not operating at full capacity.
To reach us please give us a call at 573-641-2103 to book an appointment or make an inquiry. We apologize for any inconvenience caused by this.