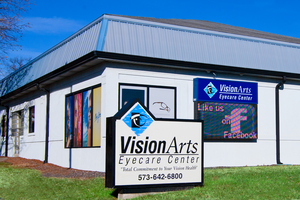 Nestled amongst the rolling hills and river bluffs of Central Missouri is the charming and historic city of Fulton. With a population of nearly 13,000, Fulton, founded in 1825, is the largest city in Callaway County. Listed as #5 on the list of the “17 Most Beautiful, Charming Small Towns in Missouri” by onlyinyourstate.com and recognized as one of the “Best Places to Live in Rural America” by Progressive Farmer Magazine, our lovely city has more to offer than meets the eye.

Fulton is home to William Woods University, a private, liberal arts university founded in 1870. William Woods offers an internationally recognized equestrian studies program and is also among a small number of schools that offers a bachelor’s degree in interpreting/American Sign Language.

Also in Fulton is Westminster College, another private, liberal arts college. Recognized by Forbes as one of the top colleges in the nation, Westminster is home to the National Churchill Museum and The Church of St. Mary the Virgin, Aldermanbury. Dating back to 1677, this English church once stood in the center of London and was painstakingly moved to Fulton and restored as a memorial to Sir Winston Churchill’s visit to the college in 1946. It was during this visit that Churchill delivered his famous “Iron Curtain” speech. The National Churchill Museum also features an 11-foot-high by 32-foot-long sculpture created from a section of the Berlin Wall called “Breakthrough.”

Named for its brick streets, Fulton’s picturesque downtown “Brick District” features the elegant architecture of pre-1900 buildings that house a host of businesses, including VisionArts Eyecare Center. Our staff enjoys the unique dining and shopping experiences that the Brick District has to offer. You won’t want to miss the artichoke dip at Beks or the black bean burger at 1851 Underground. After you eat, grab a novel from Well Read Books and head down to the Playhouse bistro for some coffee and a quiet place to read. On your way, you can wander through the gallery at the Art House and even take a painting class while you’re there. If shopping is more your style, Smockingbirds Gifts and Accessories is a favorite place to browse, or of course, you can come check out the amazing selection of glasses frames and sunglasses at VisionArts!

Just 4 miles south of I-70 off highway 54, Fulton is conveniently located between Jefferson City and Columbia. Follow the instructions below to easily locate VisionArts Eyecare Center from any direction.

Follow I-70 E toward St. Louis. Take exit 148 onto US-54 W at Kingdom City. Continue right off of the exit onto US-54 W toward Fulton. Use the left lane to take the US-54 BUS N exit toward Fulton. Follow US-54 BUS N / W Bluff St. into Fulton. Turn right on St. Louis Ave. (At this intersection, you will see an AutoZone on the right and a Family Video on the left.) St. Louis Ave. curves slightly and becomes Market St. Our optometrist office is located on the left at the intersection of Market St. and E. 7th St.

Take US-54 E toward Fulton. Follow US-54 E to the second Fulton exit for Missouri Route F. Exit right onto Missouri F. As you enter downtown, F becomes 4th St. At the second traffic light, turn left onto US-54 BUS/ Market St. (At this intersection, you will see City Hall on the right and the Court House on the left.) Follow Market St two blocks north to the E. 7th St. Our eye doctor office is located on your right at this intersection.

Take US-54 W toward I-70. Continue through Kingdom City on Highway 54 toward Fulton. Use the left lane to take the US-54 BUS N exit toward Fulton. Follow US-54 BUS N / W Bluff St. into Fulton. Turn right on St. Louis Ave. (At this intersection, you will see an AutoZone on the right and a Family Video on the left.) St. Louis Ave. curves slightly and becomes Market St. Our eye care office is located on your left at the intersection of Market St. and E. 7th St.

What Our Patients Say...

I have always got excellent advice and care at Dr. Vann’s office. I have been a customer for years.
3 months ago
- Bonnie M.
They are thorough. I enjoy my appts there. They help me find the right frames.
2 years ago
- Jeanne W.
Went in for exam. Exam was extensive. The staff helped me choose a pair of glasses that look good on me. One week later my glasses wete ready. Vision was better with my glasses than at any place I have had my eyes tested at before and at a considerable lower price. I would definitely recommend Vision Arts eye doctor if you need your eyes tested for either new glasses or first time for glasses.
3 years ago
- Anita H.
Great place. Explained everything to me and what each test was for and answered all my question.
3 years ago
- Jorge O.
He done a wonderfull job explaining everything. To me
3 years ago
- Russ M.
The entire staff was friendly and knowledgeable. They made my 9 year old feel at ease. Will definitely be bringing the rest of my family here for our eye care needs!
3 years ago
- Tiffany A.
I was treated with respect, everyone I interacted with was quite knowledgeable, they explained everything and questions were encouraged. I appreciated their efforts to review my insurance, and help make the cost affordable. I am confident that this doctor and staff will provide me with the vision care I need.
3 years ago
- Kevin H.

Unfortunately we are closed due to the flooding of our practice.

Due to the recent flooding of our practice, we are not operating at full capacity.
To reach us please give us a call at 573-641-2103 to book an appointment or make an inquiry. We apologize for any inconvenience caused by this.